We are a Catholic College for girls in Years 7 to 13. The foundation for everything we do is our Catholic faith, which we express through our Mercy charism.

Villa Maria College aims to offer spiritual formation and pastoral care in the tradition of Catherine McAuley, and the Sisters of Mercy who founded the College in 1918. 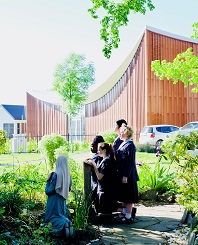 her potential, live Gospel values, confidently embrace life-long learning and as a Mercy woman be inspired to make a difference.

Motto: That you may learn to Prize what is of Value – Ut Probetis Potiora

Ut Probetis Potiora, Learn to Prize what is of Value, comes from the Latin version of the scriptures. It was chosen by Sister Pauline O’Regan in the 1960’s (then Sister Jerome, Principal of Villa Maria College). The scripture text is from St Paul’s Letter to the Philippians: (1:3-6, 9-10a,11. New Revised Standard Version)

Mercy Attributes: At the heart of our College are the attributes of Mercy:

Click on the image below to tour Villa Maria College. See our beautiful grounds and classrooms in action. 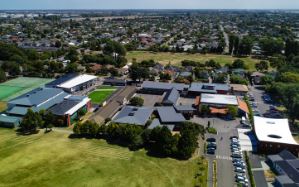 The Sisters of Mercy purchased the property on which the College is now situated in 1917. The school was opened on 18 February 1918 with 14 pupils enrolled.

Villa Maria began serving the district as a parish school when boys were admitted in 1921. When another Catholic school (St Teresa’s) opened later nearby, boys were transferred from Villa and from 1941 the school reverted to being a college for girls.

Having lost her father as a small child, Catherine became orphaned at 18 with the death of her mother. By this time the family had little money so Catherine and her two siblings moved to live with relatives. Unfortunately her relatives also struggled financially, and so Catherine went to live with wealthy friends of her relatives, the Callahans. Catherine spent her time learning about her religion, praying, and serving the needy.

When Mr Callahan died, he left his entire fortune to Catherine.

It was now 1827 and Catherine did not like what she saw happening to the poor in Dublin. There were so many women with no place to live and so many children who were not receiving proper education. Catherine took the money she had inherited and used it to build a house – an extraordinary house.

Catherine built the house right in the middle of a wealthy neighbourhood. She chose this place intentionally; she wanted the poor to be noticed by the rich, so that once the young women had been trained in sewing, cooking and cleaning they might be given jobs by the rich families in the area. In addition to her classes during the day, Catherine also made the house available to many homeless girls in need of safe lodging.

This house still stands and many people from all over the world go to visit the house built by such a remarkable woman. Catherine McAuley was an idealist in her concept of the power of women for the betterment of society. She was a woman of prayer, penance and humility, with an unbounded confidence in God.

Today, about 20,000 Sisters of Mercy carry on an extensive medical and social apostolate in the tradition of Catherine McAuley whose creed of service was that “the poor need help today, not next week”.

The school continued to grow due to housing developments in the area and additional building was undertaken to keep pace with the growth. This included accommodation for boarders which was maintained until a decision by the Sisters saw the boarding school phased out from 1979 and Villa Maria reverting to a day school.

In 1981 the College was integrated into the New Zealand state school system. In 1992 the last Sister of Mercy Principal resigned and the first lay Principal was appointed.

In 1995 the Sisters gifted the Villa Maria convent buildings to the College for use as classrooms.

In 2018, Villa Maria College, together with the Sisters of Mercy, and past and present students and staff, celebrated the College’s 100th Birthday.

The Mercy charism is an integral part of Villa Maria College. It pervades all aspects of the life the College. The College aims to offer spiritual formation and pastoral care in the tradition of Catherine McAuley and the Sisters of Mercy.

At the heart of the College are the attributes of Mercy:

All students take part in Religious Education and the religious life of the College through prayer, Mass and community service.

In addition, each year students participate in a Retreat in which they are encouraged to explore their relationship with themselves, others and with God.

Learn more about Villa Maria College by downloading our Prospectus. 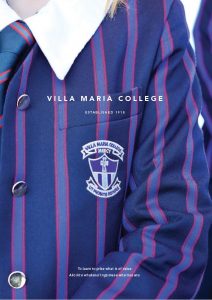 Applications for the 2023 school year are open.

Villa Maria College has a strong reputation and therefore is highly regarded. Applications for places always exceed the number of places available. It is therefore important that prospective students apply early.

We are extremely proud of our academic record. Ministry of Education data shows that Villa Maria College students consistently perform well above the national averages for all New Zealand schools, including other girls’ schools.

Villa’s academic results are shown in the graph below in blue.

The other decile 9 schools are shown in orange, and the national average is shown in grey. 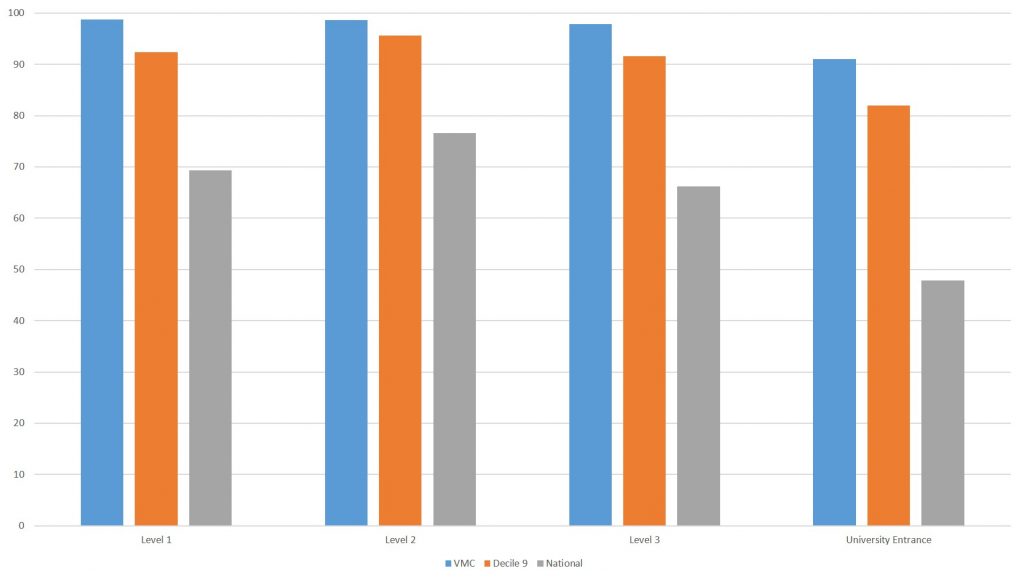 We are lucky to have an enthusiastic team of dedicated, specialist teachers and support staff at Villa Maria College. Many of the staff are Villa past pupils, and /or have their own children to attend Villa.

Villa Maria College prides itself on the support it offers to students on all levels – spiritual, emotional, physical and practical.

“Doing ordinary things, extraordinarily well” is the College’s aim and the support in the form of pastoral care, careers development, guidance and counselling, learning support and other support offered by College staff is one example of this being put into action.

The College has comprehensive action plans, which enable students experiencing difficulties or stressful periods to be identified and offered assistance. Small classes and the culture of mutual respect between staff and students means that students in these situations are able to be well supported by the College staff during these times. Strong communication at all times with the families of students is emphasised.